Last week I received a text from a long-time cheerleader of my work:

“I’m getting married! Can you believe it?? We’re going to the Justice of the Peace. Reception later this year. Wanna take a photo?”

The message was from my friend, Rhiannon, whose path crossed mine by chance back in the spring of 2009. I was at the Haygood Skating rink, photographing my friend and former bride, Suzi, whose DC roller derby team had traveled to Virginia Beach to compete against the new Dominion Derby Girls. I’d never been to a derby bout and didn’t know what was going on, but the photos came out decent and I shared them online. The Dominion team saw the photos and Rhiannon emailed to introduce herself and discuss working together. 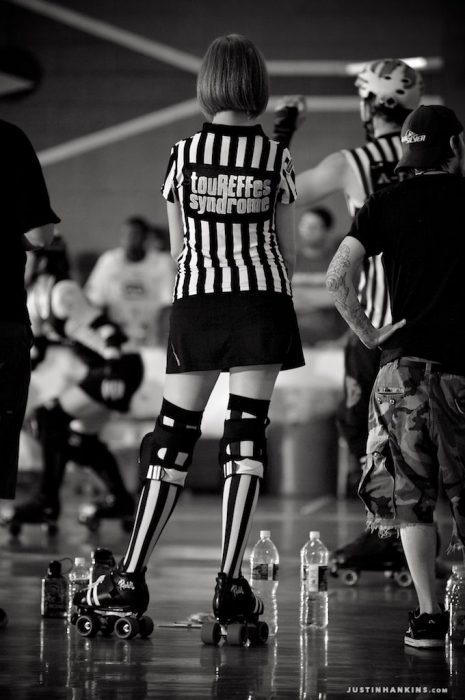 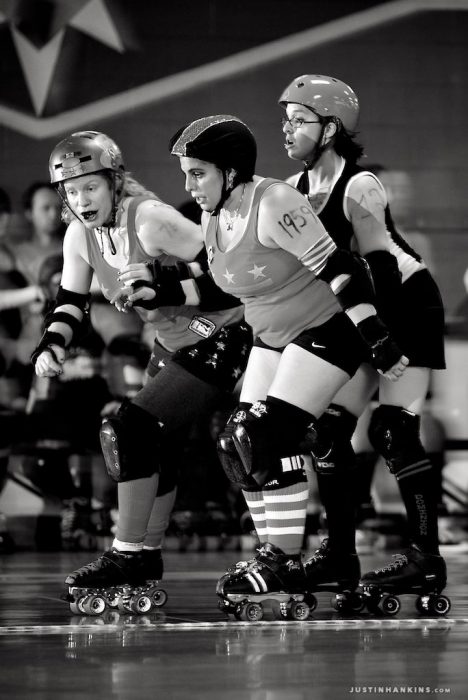 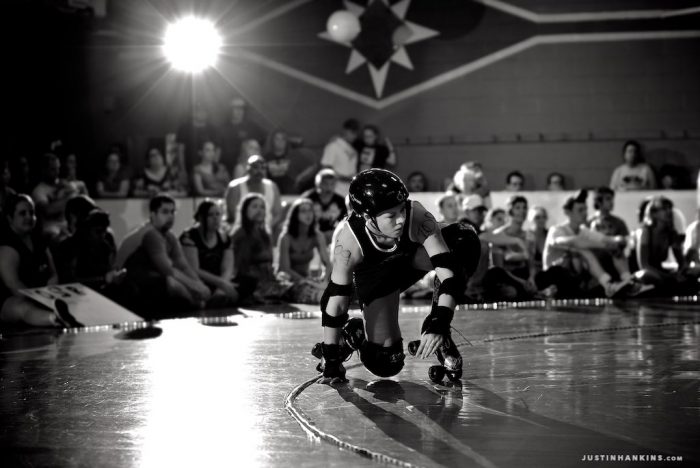 That was six years ago and I’ve yet to escape her grasp. She’s single-handedly responsible for 95% of all the good deeds I’ve performed with my photography. In addition to establishing my volunteering for the Dominion Derby Girls, Rhiannon’s the person who got me supporting all the wonderful outreach initiatives of Jewish Family Services of Tidewater, the JCC, and Hebrew Academy. She’s the person who connected me to local assisted living facilities, where I’ve donated my time and services over the years. Because of Rhiannon, I’ve volunteered for the Juvenile Diabetes Research Foundation, the Virginia Beach Jaycees, and the YWCA of South Hampton Roads. And there are probably more. She’s been like my nonprofit volunteering agent. 🙂 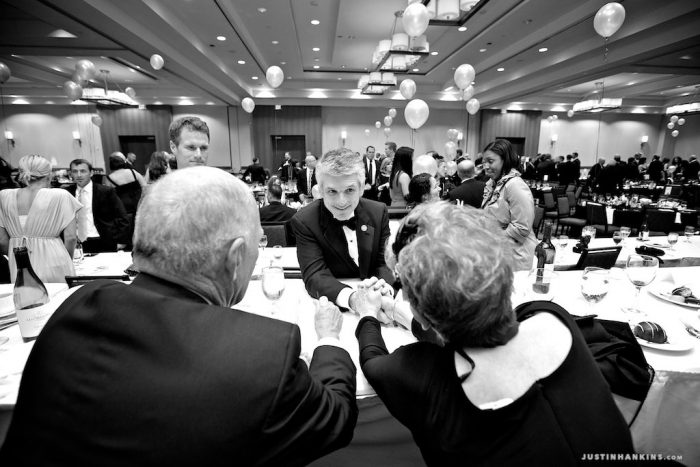 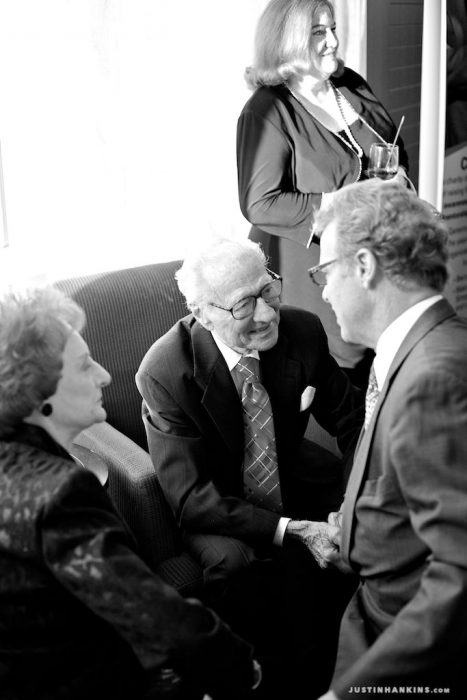 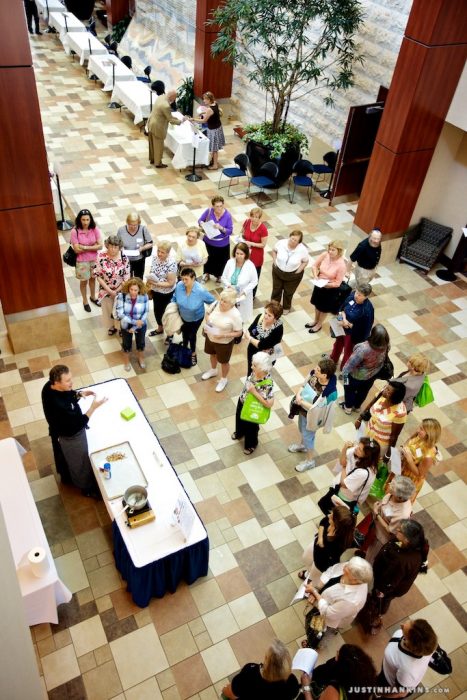 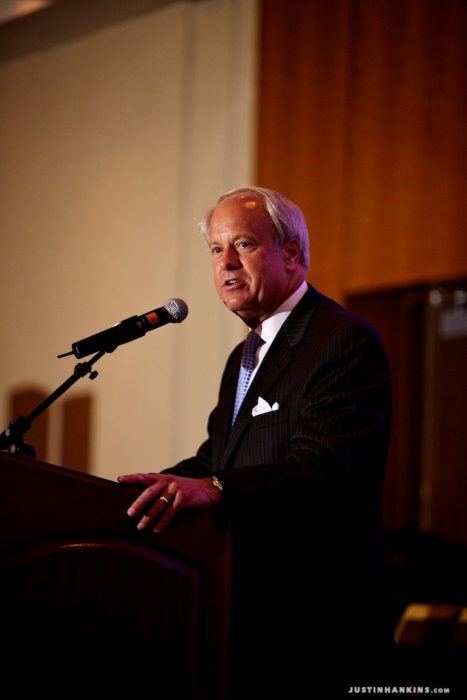 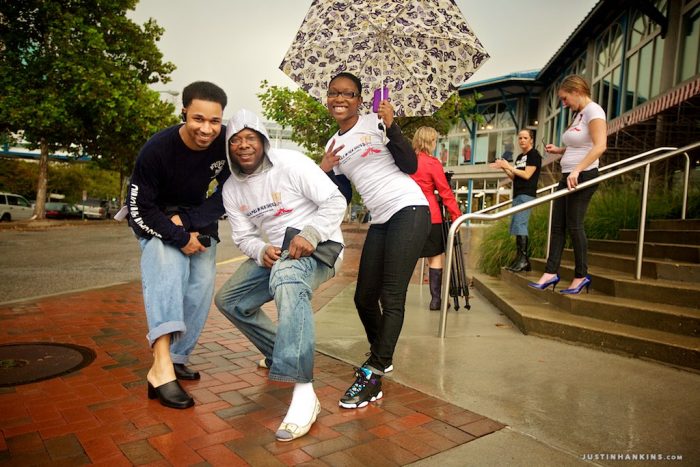 I’ve received praise and awards, even attended fancy banquets honoring my volunteering service. And although they’ve all featured my name, Rhiannon’s the one who deserved all the credit. None of those accolades would have been possible without her. 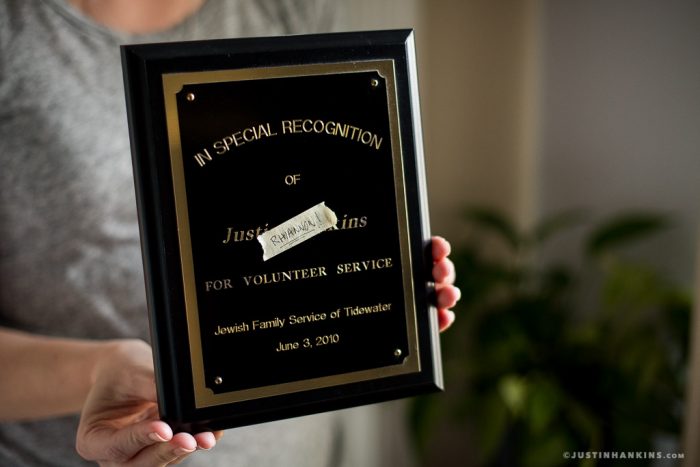 Naturally, when someone as special as Rhiannon says she’s getting married and hints that she might like some photos to document the moment, I drop everything I’m doing, toss on a shirt and tie, and try to make it as special as I can for her.

In addition to photos, I decided every bride deserves a wedding day bouquet. I didn’t know the first thing about how to make a bouquet, but I got to work that morning, sourcing flowers and figuring out how to pull it off. 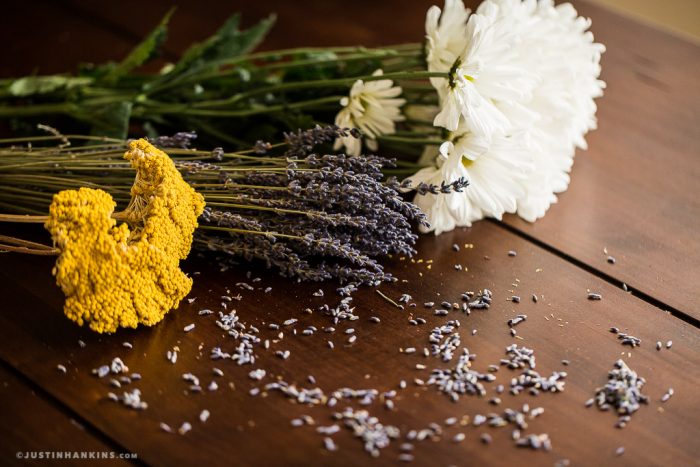 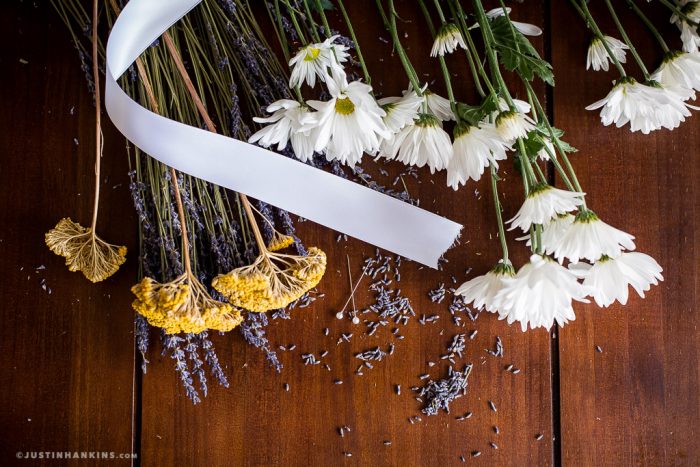 After a decade+ of working in the wedding industry, I’ve occasionally had my hands in pretty much every non-photography task that occurs on a given wedding day. Heck, this year I even officiated my first wedding ceremony. But this was definitely the first time I had ever made a bride’s bouquet. In the crash course of doing so, I learned more than I ever expected. 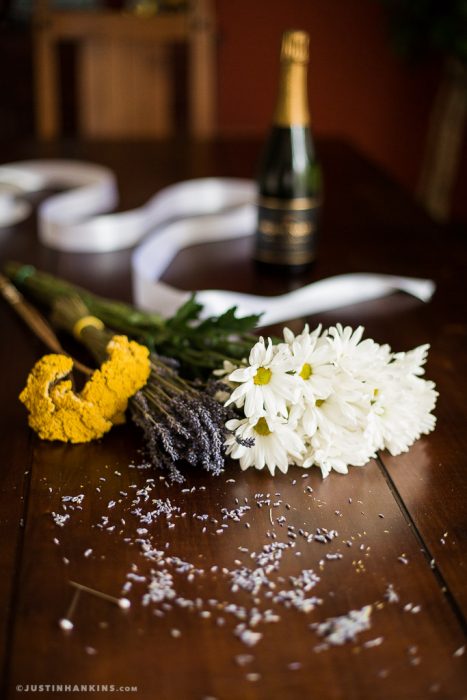 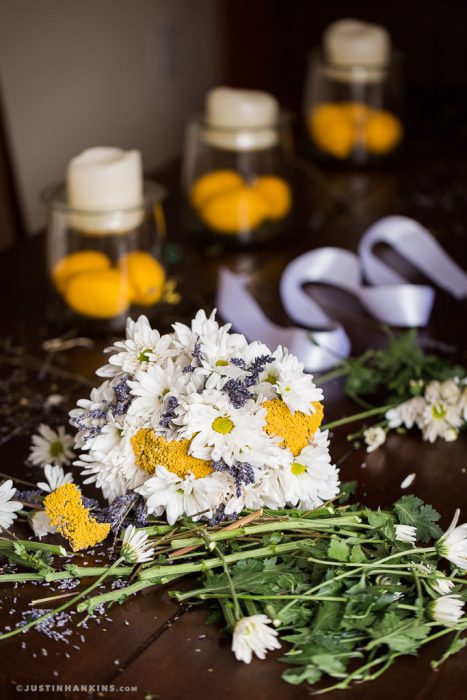 First: you need a LOT of flowers to build a decently sized bouquet. I thought I’d get away with a single bunch of daisies and some accents, but once you remove all the leaves and mess, it’s surprising how few presentable flowers actually remain. I had to make additional trips to source two additional bunches of daisies to make a decently-sized bouquet (which ended up being still comparatively small).

Additionally, it’s pretty challenging to keep everything together while you’re arranging. Even with the super secret floral tape that gets hidden by the final ribbon wrap, those stems have minds of their own. Dissimilar types of flowers and accents makes it even more difficult to gather up. 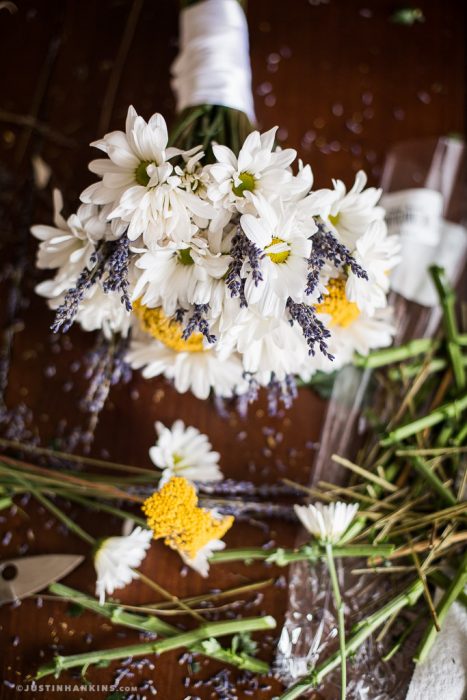 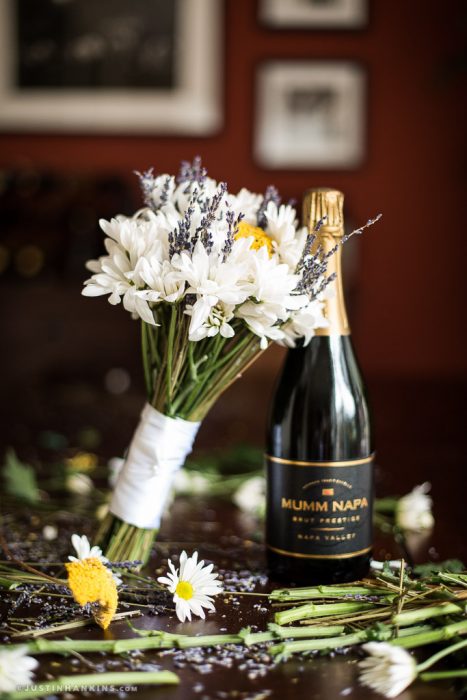 Finally, I’ve developed a profound respect for the simple art of preventing a bouquet from falling apart after a mere five minutes of use. It’s impressive how my professional floral designer colleagues can create bouquets that are as sturdy as they are beautiful — bouquets that last entire days of heavy use while still standing strong and looking amazing at the end of the night. 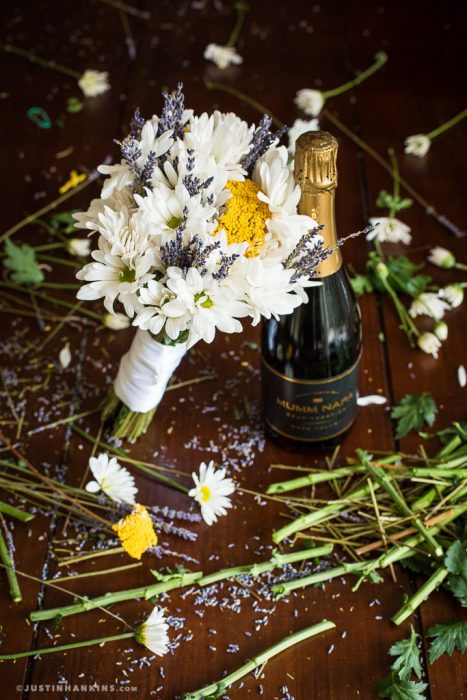 In the end, I was totally proud of my little bouquet. I had enough to make a smaller one for Rhiannon’s lovely daughter as well. I don’t know if it’s a bouquet Style Me Pretty would give two shakes about, nor do I think floral design is going to be my next career. But it was certainly a lot of fun spending a morning creating something by hand to honor a very special person. 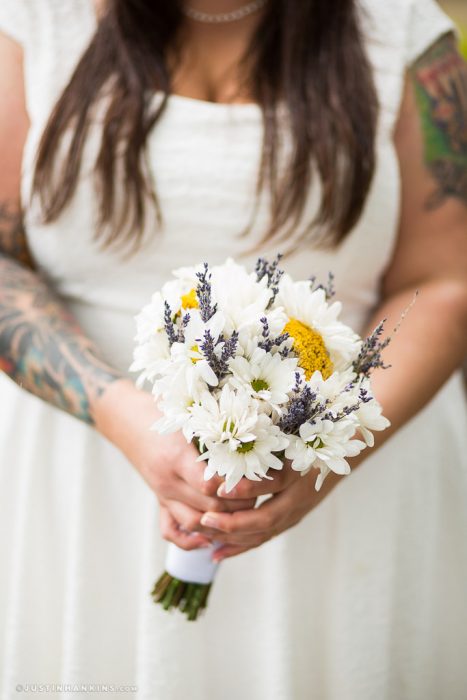 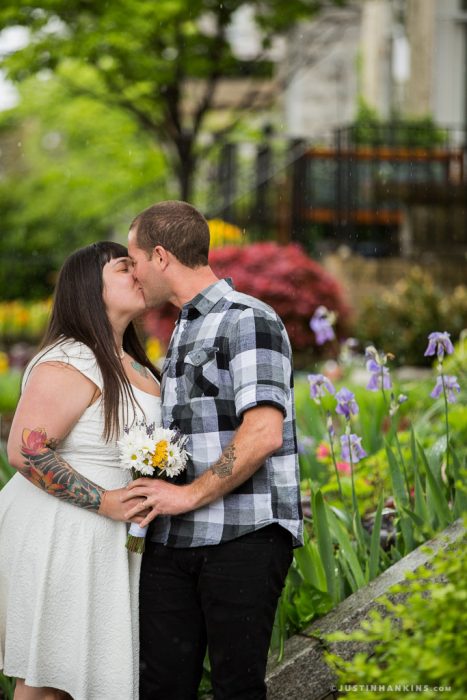 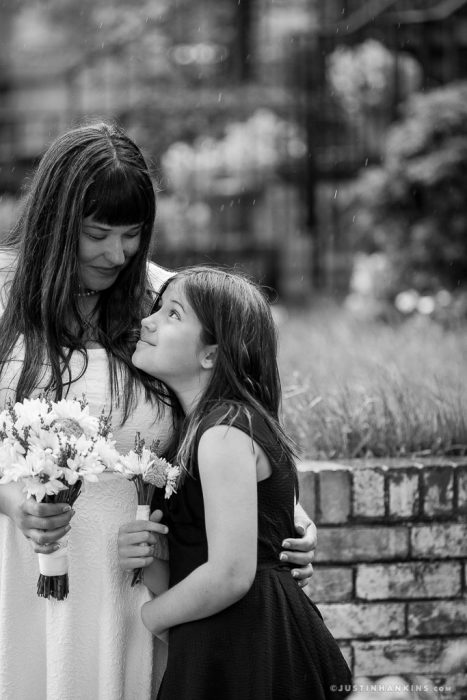 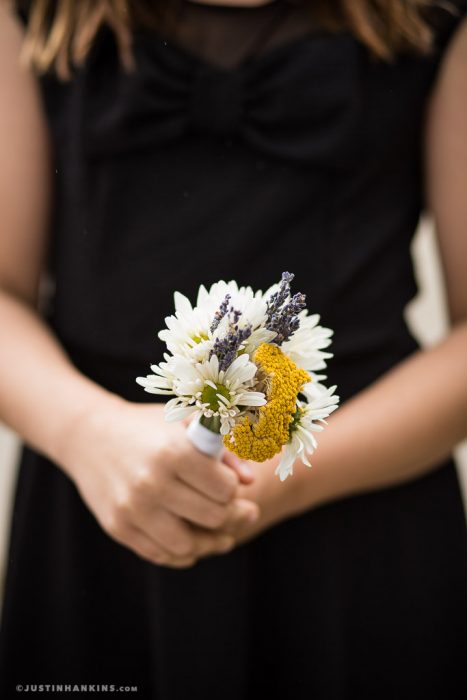