I just returned from the 2015 Winter Comedy Arts Festival up in Traverse City, Michigan. To celebrate the festival’s fifth anniversary, and with perfect comedic timing, Mother Nature delivered a winter punch of terrific proportions, with temperatures down to -20°F, wind chills down to -40°F, and wind gusts pushing 60 mph. Guffaw! 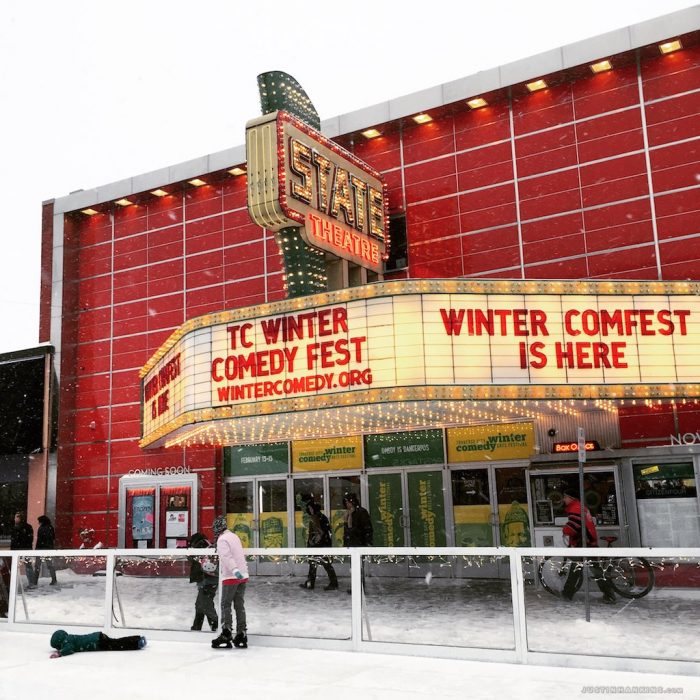 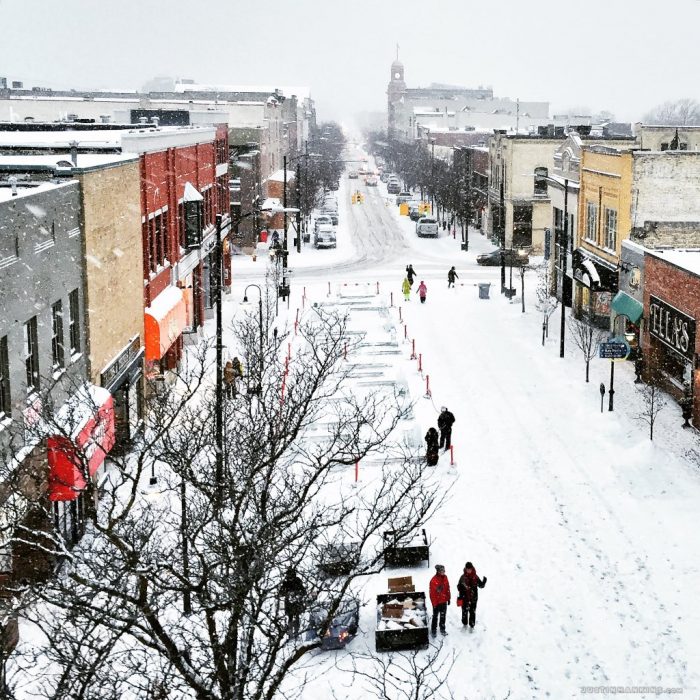 Traverse City’s Front Street was transformed into a winter playground, with music, sledding, ice skating, and even mini golf. The highlight, however, was the ferris wheel, which helped visitors realize their lifelong dreams of flying through the air in a -18°F snowstorm.

Fortunately, we took advantage of the festivities early Friday, before the worst of the storm hit. By Friday night, visibility had declined to such a degree that we couldn’t even see across the street. 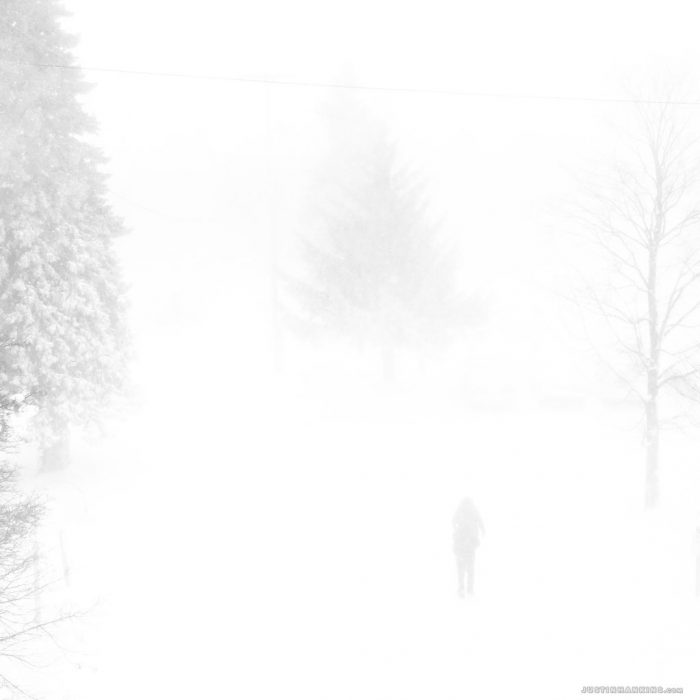 That first night was spent at the Old Town Playhouse for Michael Moore’s one man show, followed by Wayne Federman and Judd Apatow at the City Opera House. 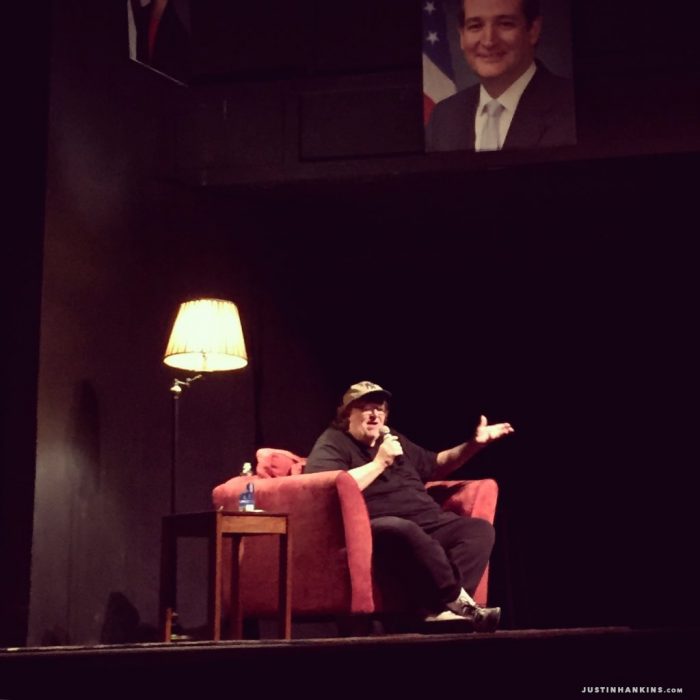 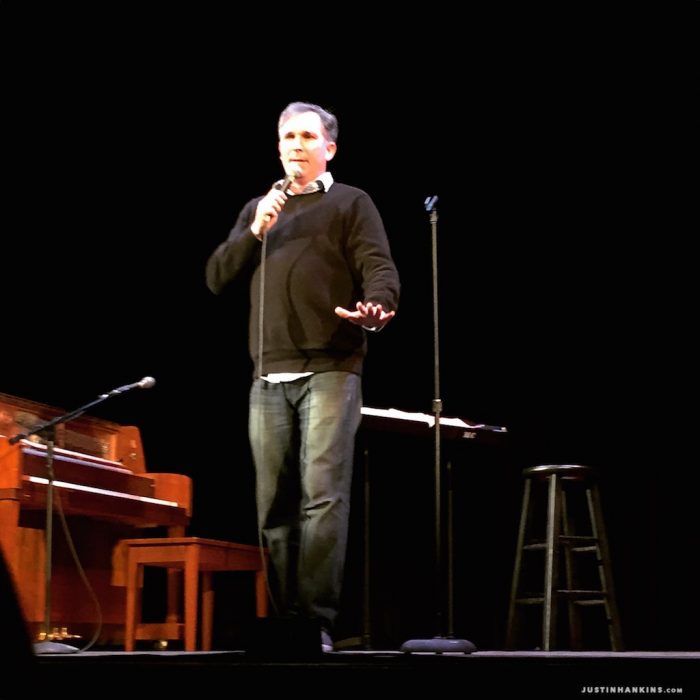 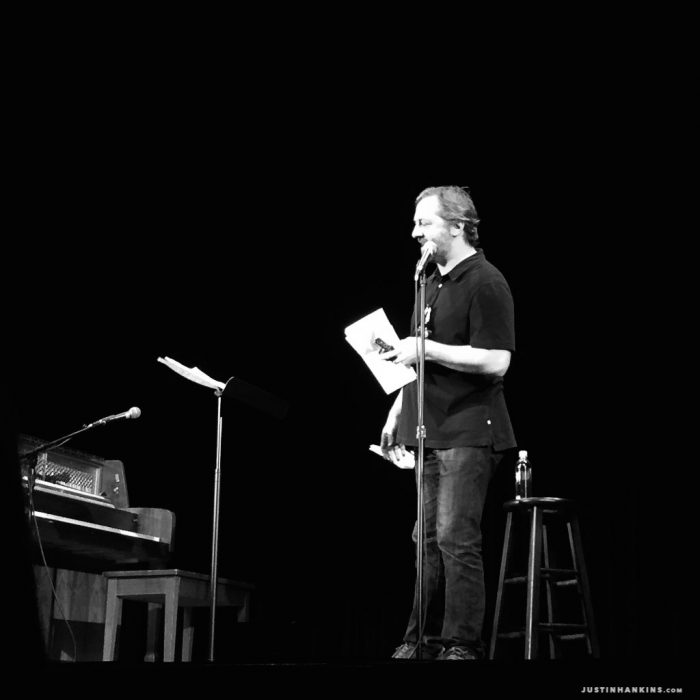 We then bundled up and trudged over to State Theater to usher in Valentine’s Day with a Movie Interruption showing of “Pretty Woman.” (That’s when comedian, Doug Benson, invites several of his friends to sit up front and provide color commentary during a film.) Our esteemed movie interruptors for “Pretty Woman” were Kurt Braunohler, Natasha Leggero, Moshe Kasher, and Michael Moore, who helped us discover that nearly every scene in the film has a horse in it.

The snowstorm settled in hard overnight, and the winds kicked up well past hurricane strength. As a result, venturing outside was nearly impossible. We stayed in as long as our hunger permitted before suiting up and hiking through the weather to 7 Monks Taproom. To celebrate surviving our perilous walk from the hotel to the restaurant, we cracked a rare Barrel-Aged Narwhal with gusto. 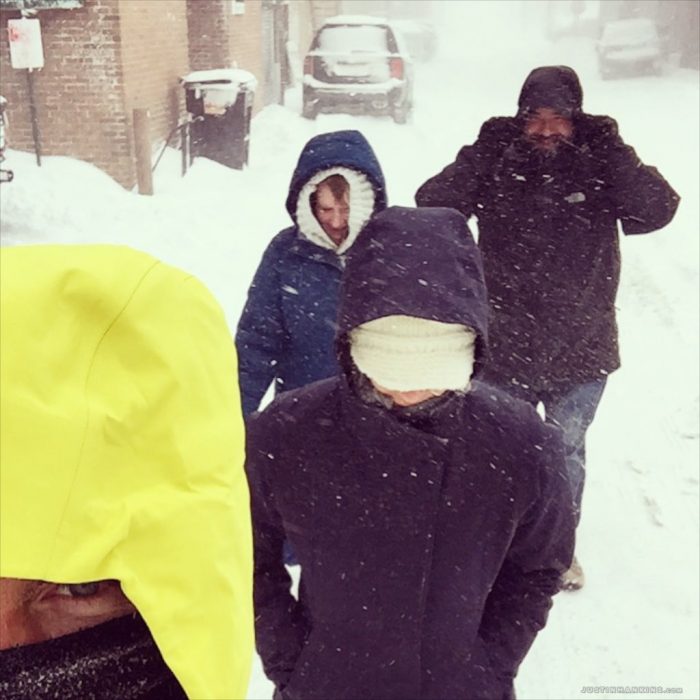 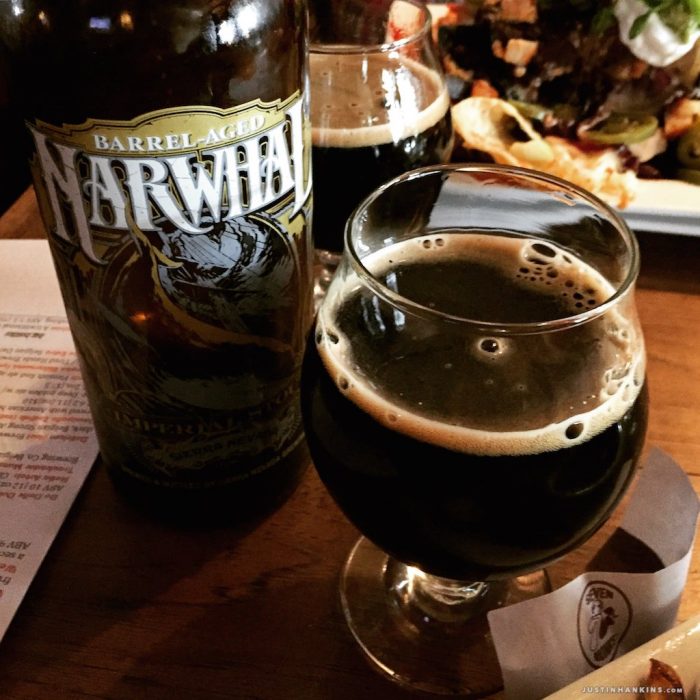 By then it was time for our next round of shows, so the four of us fought the elements toward the Old Town Playhouse for a taping of Doug Loves Movies with guests, Geoff Tate, Nikki Glaser, Ted Alexandro, and Ben Bailey.

We then caught Bill Maher and Michael Moore, followed by a standup show with Geoff Tate, Doug Benson, and Todd Barry at the City Opera House. Somewhere in all of that madness, I also managed to spend six hours trying to find a way out of town the following day after Delta began canceling flights. (Good times.) 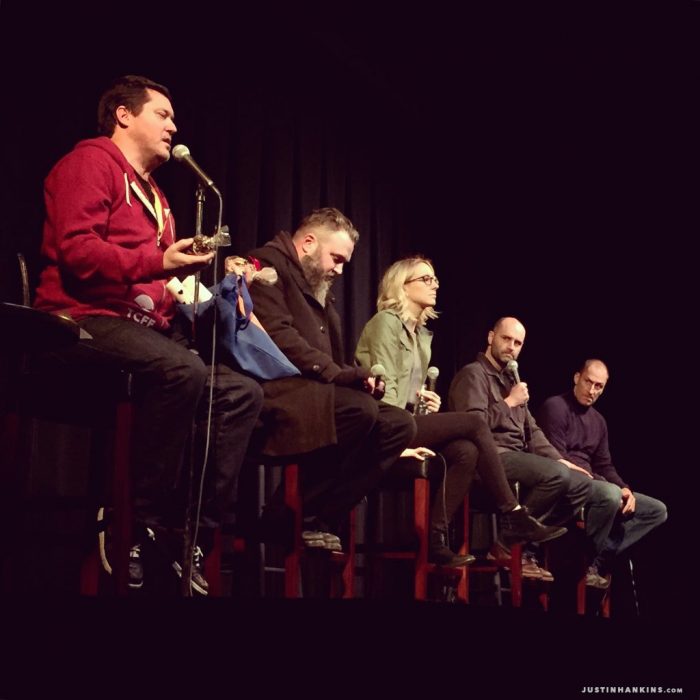 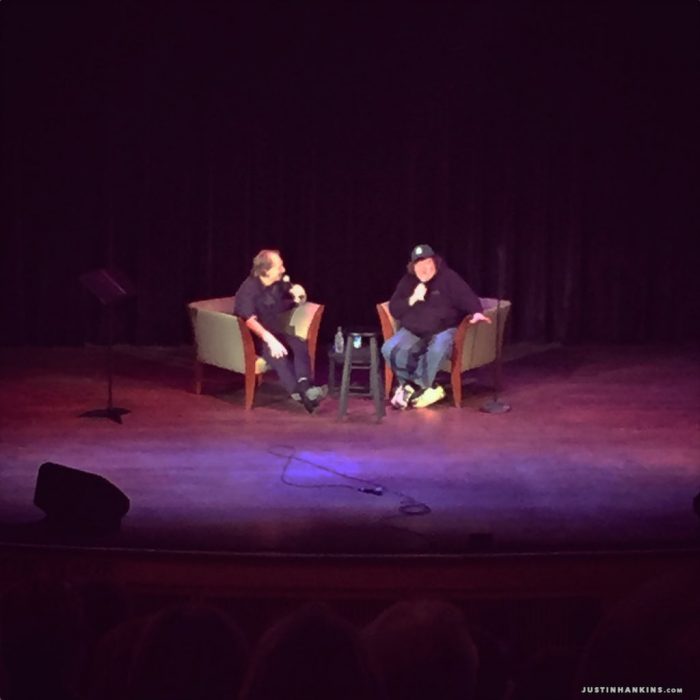 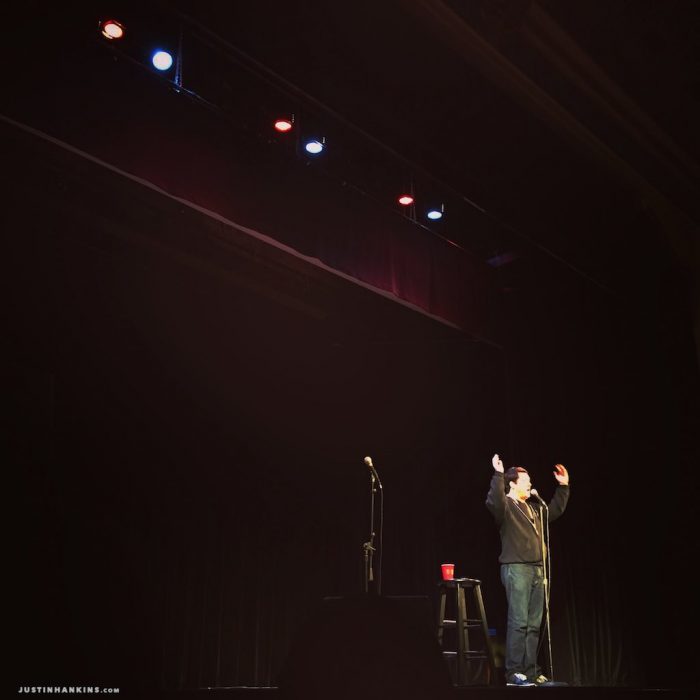 The Traverse City Winter Comedy Arts Festival is a fun, unique experience offering intimate access to some of the most important people working in comedy. If you like to laugh and you’ve got a decent pair of snow boots, come ride the ferris wheel with me next year! You’ll love it! And don’t let the snow turn you off — TC is easily one of the warmest cities you’ll ever visit. 🙂 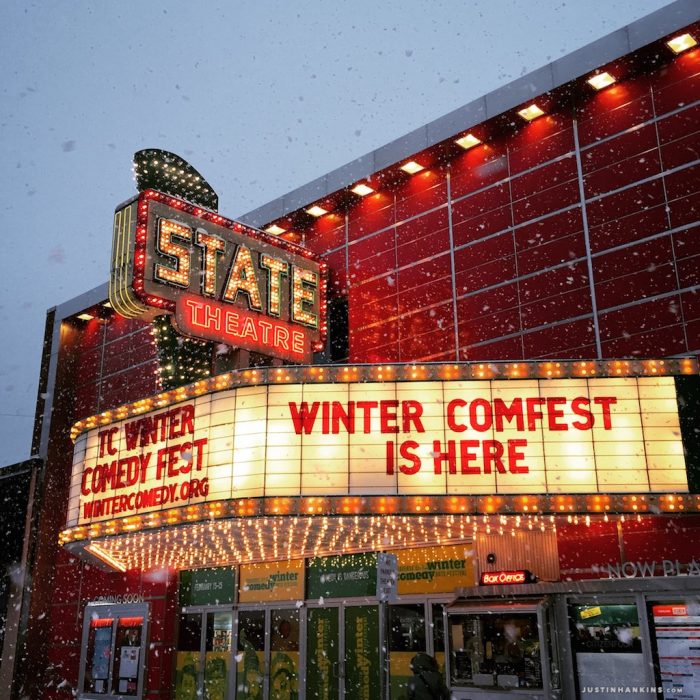 Note: all photos taken with my telephone and “edited” via instagram. Do you instagram? Please say hello! Here, too.